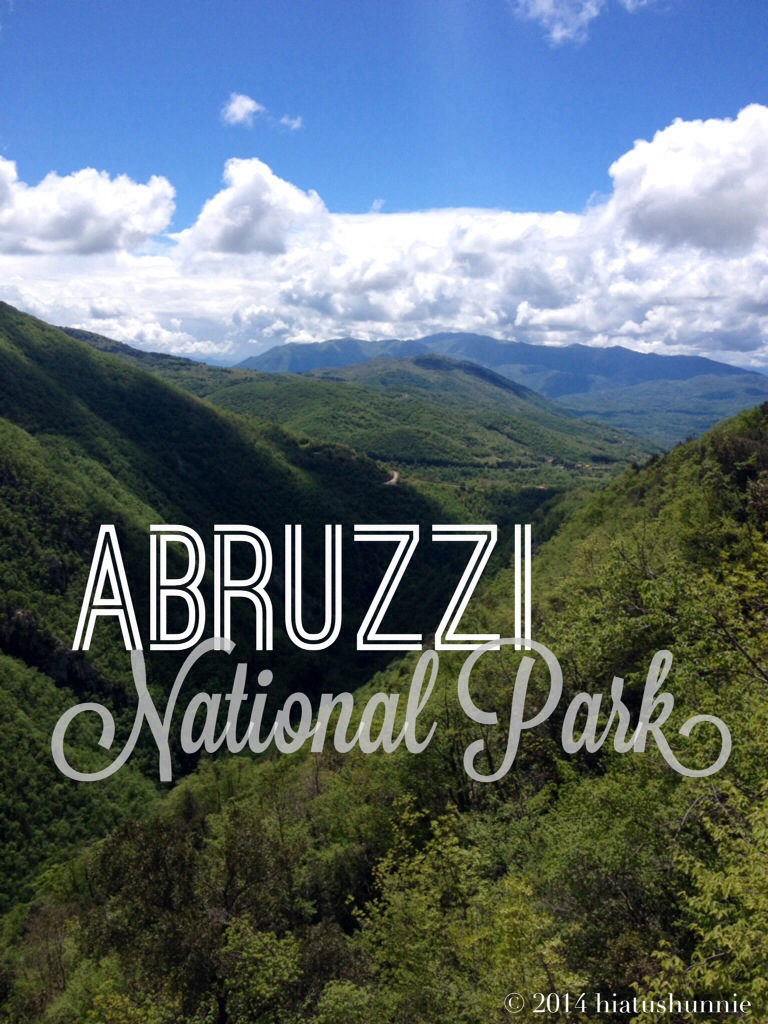 From what I have seen, the park is made up of valleys, mountains, lakes, rivers, falls, and views that leave you speechless.

There are hundreds of trails to hike. The two I did each lead to a spectacular waterfall!

The first hike I did was during the early stages of my time spent in the country. It was an eye opener to see what was in store inside this mountainous area.

The trail head started in an area where farmers would let their horses wander and cows graze. In the air you would hear sweet birds chirp and in the distance the beautiful cowbell — err, yea this isn’t like hiking in BC.

Though, for those fans of Christopher Walker (as I certainly am), I kept repaying his “cowbell” SNL sketch in my head. Chuckling to myself, I could tell I looked like a complete idiot. 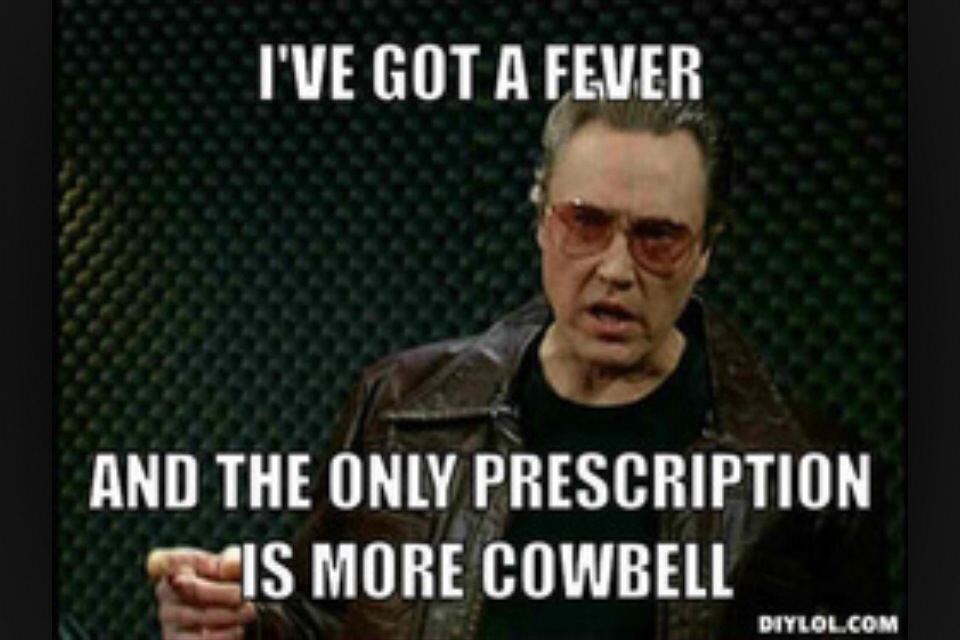 A few steps into the trail, all of a sudden I heard rustling in the bushes. My first instinct: bear. No, no…I looked to my left and out pops a cow! 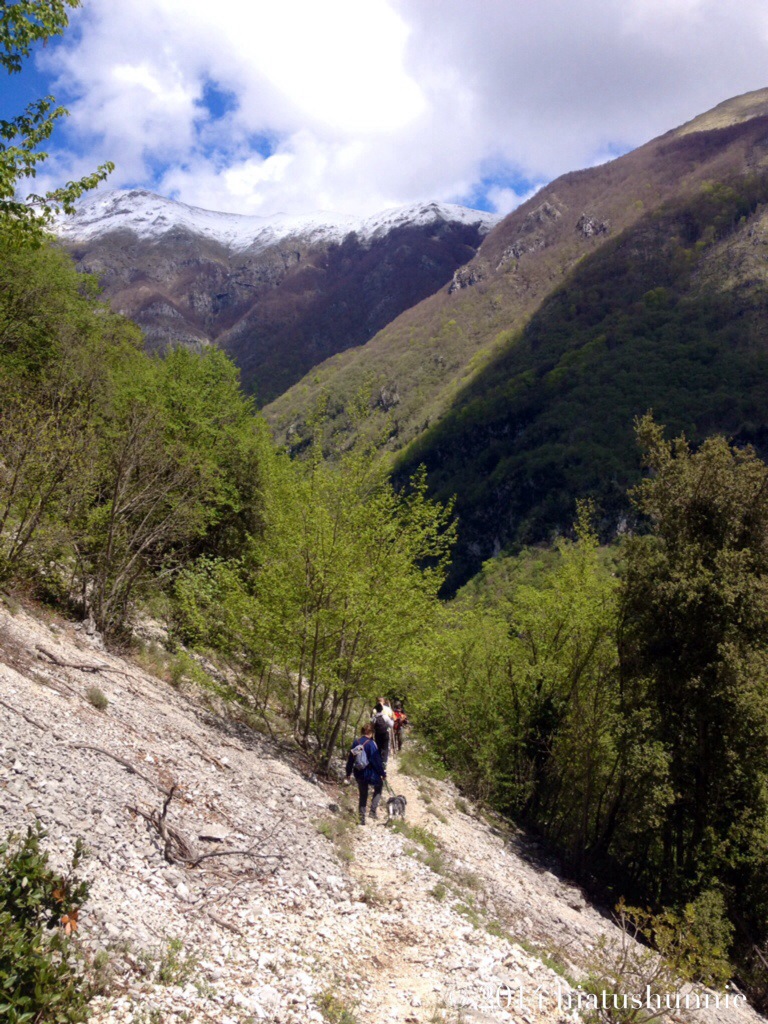 About half an hour in you get to the more challenging parts which involve the best views of the valley. If you looked far enough, little villages would sit nicely nestled at the base.

Similar to when I hiked Cinque Terre, I spent most of the time admiring all the different trees and wild flowers that grew naturally here. 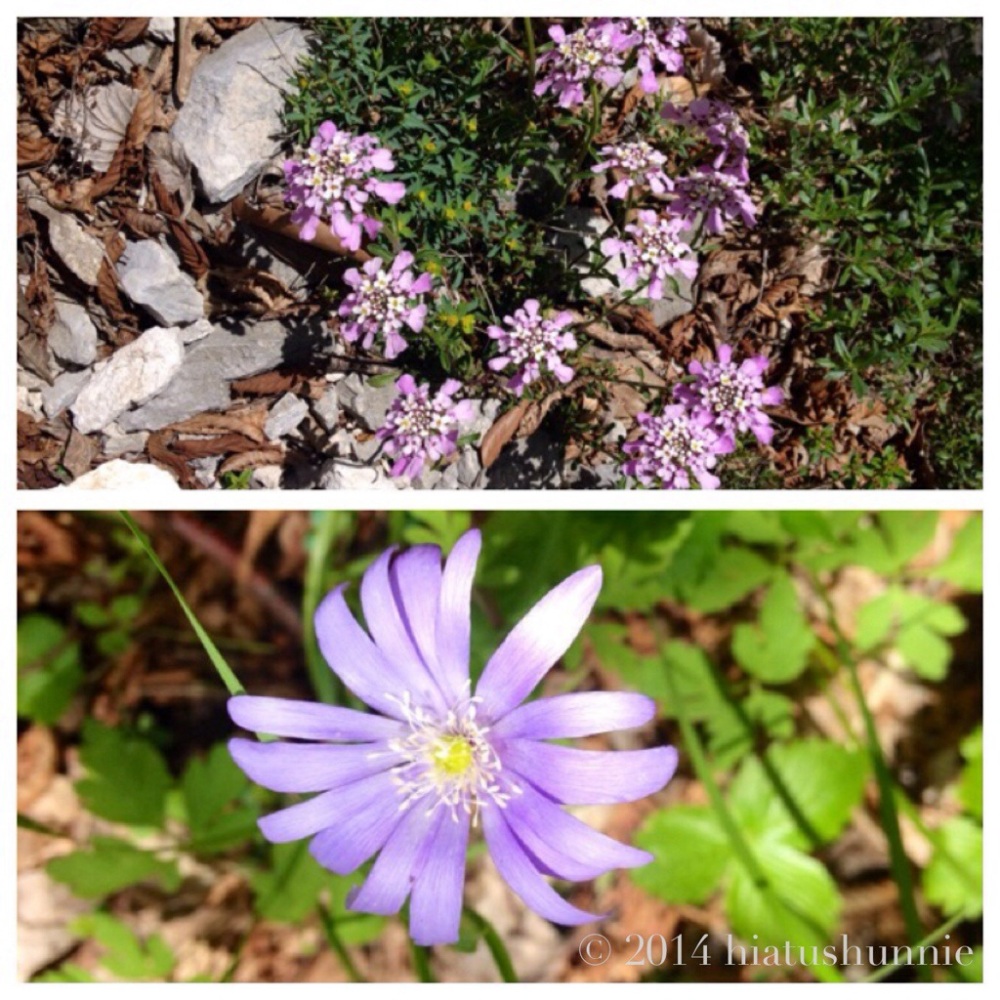 There is a point toward the end of the hike were you must make your way through the creek in order to reach the falls. I could predict how freezing the creek would be – considering how high we were. Holy cow is was cold (and I’ve been in cold water *cough cough * Vancouver beaches…

I would have been nice to have brought along flip flops, but I wasn’t thinking. Barefoot it was! Luckily there was no glass. 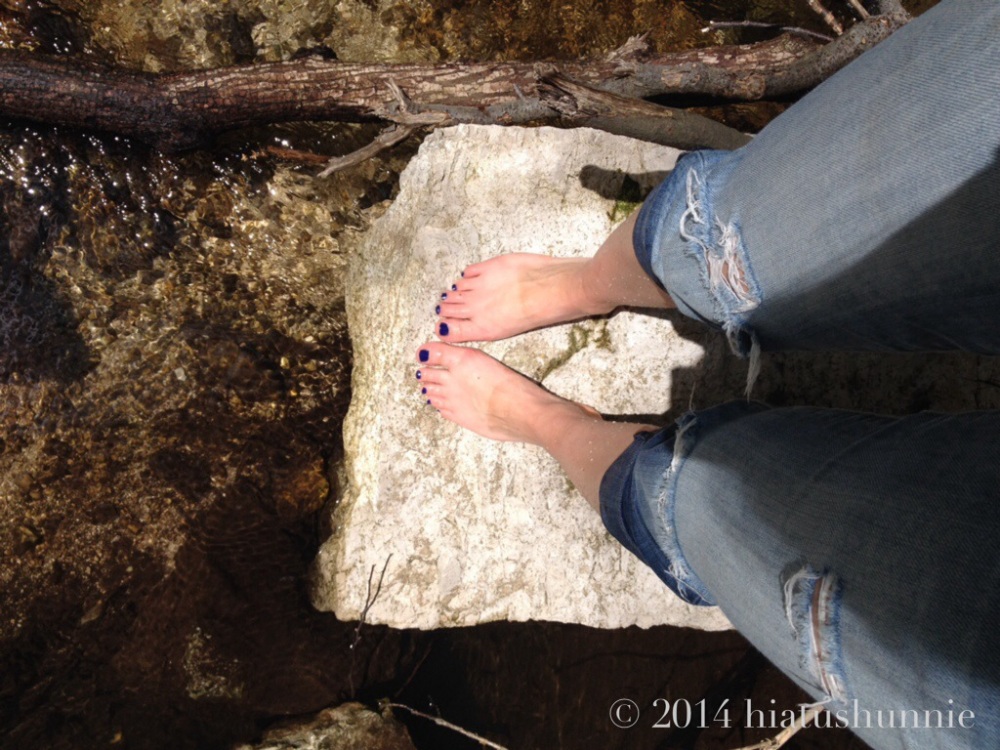 Once at the falls you could barely hear your own voice. It wasn’t the biggest, but it was surrounded by tight, tall rock faces making the sound really compact.

I ate my carrot taking in the view and enjoying the cool spray of water. Call me Sasquatch, (and not because of the fact I haven’t shaves my legs in a while) but I couldn’t have been more happier in the woods at this moment. 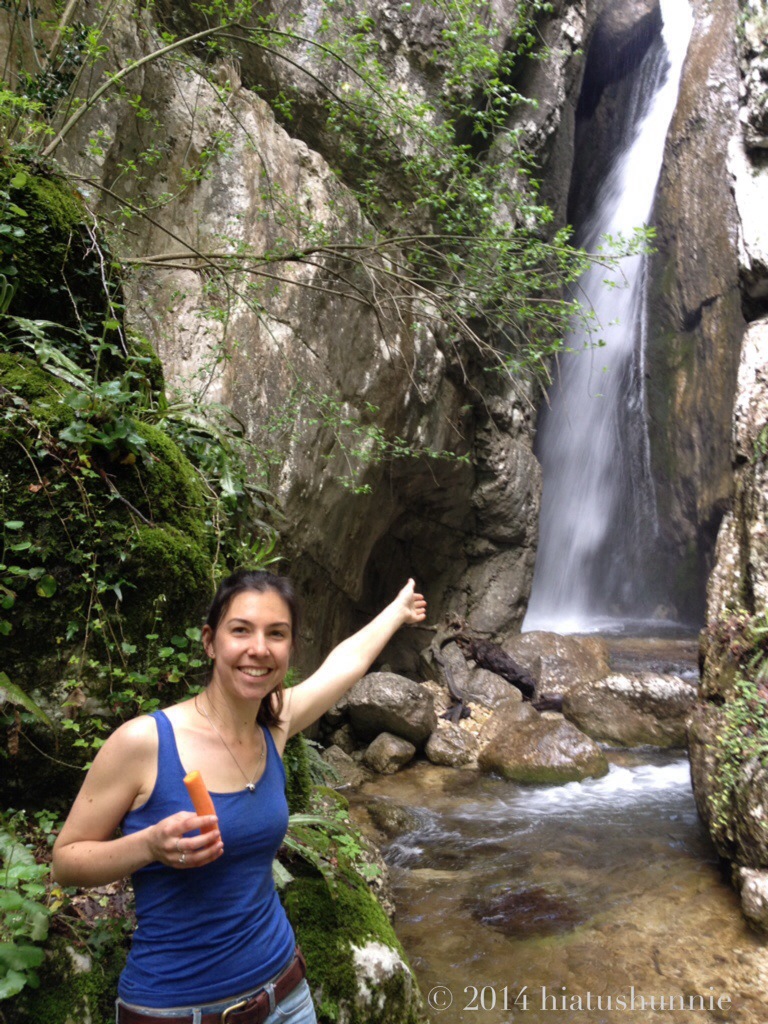 Walking back was just as beautiful seeing everything that was behind you initially. Though, I did spot this quite horrific scene by the creek. First I saw a few bones then came a hoof that had once belonged to a dear wild boar…. 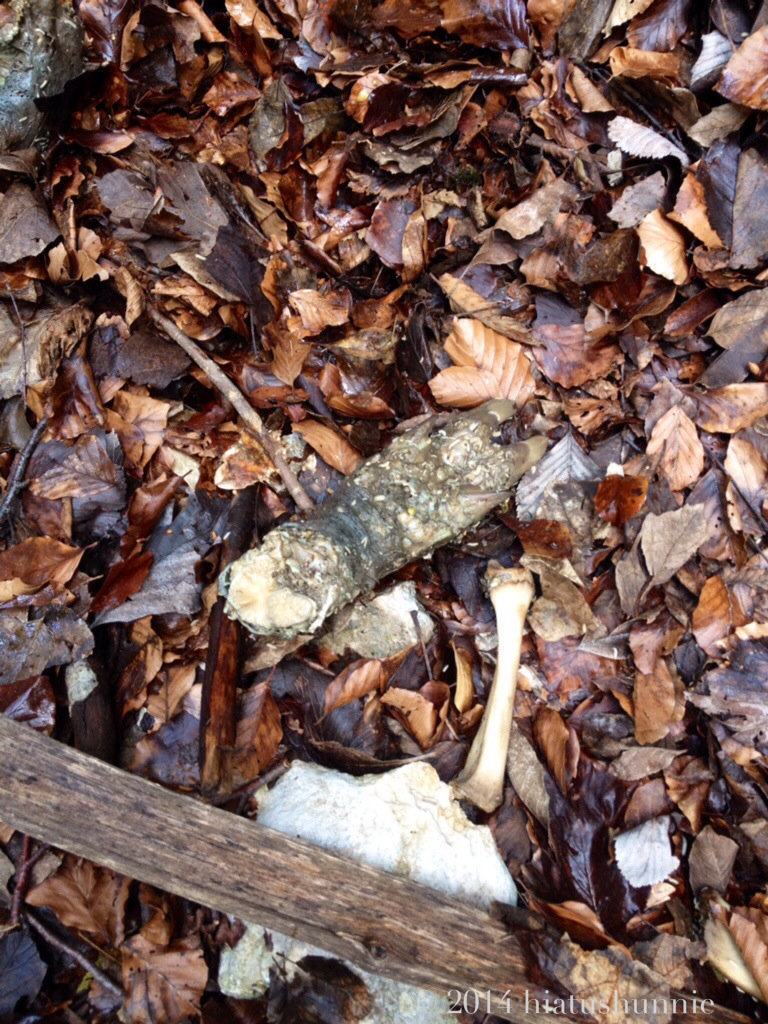 It was only an hour and a half long hike, but it seemed much longer seeing the variety of views from cows to creeks. 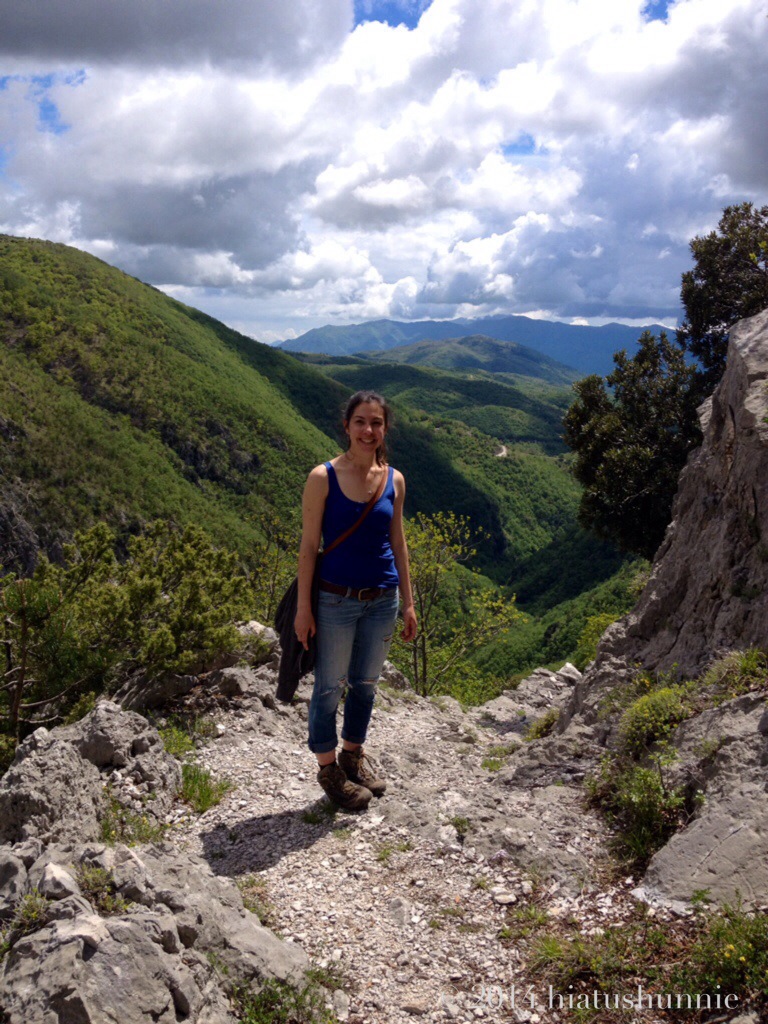 I’ve hiked a good amount of trails so far in my life, and this one has made my top 3.

You start off at a higher elevation and make your way down to almost mountain-base level. This hike wasn’t excruciating (which was enjoyable) but had its difficulties at times.

At the start you making your way along a ridge surrounded by greenery, wild flowers and asparagus!! (That was my vegetable consumption of the morning). 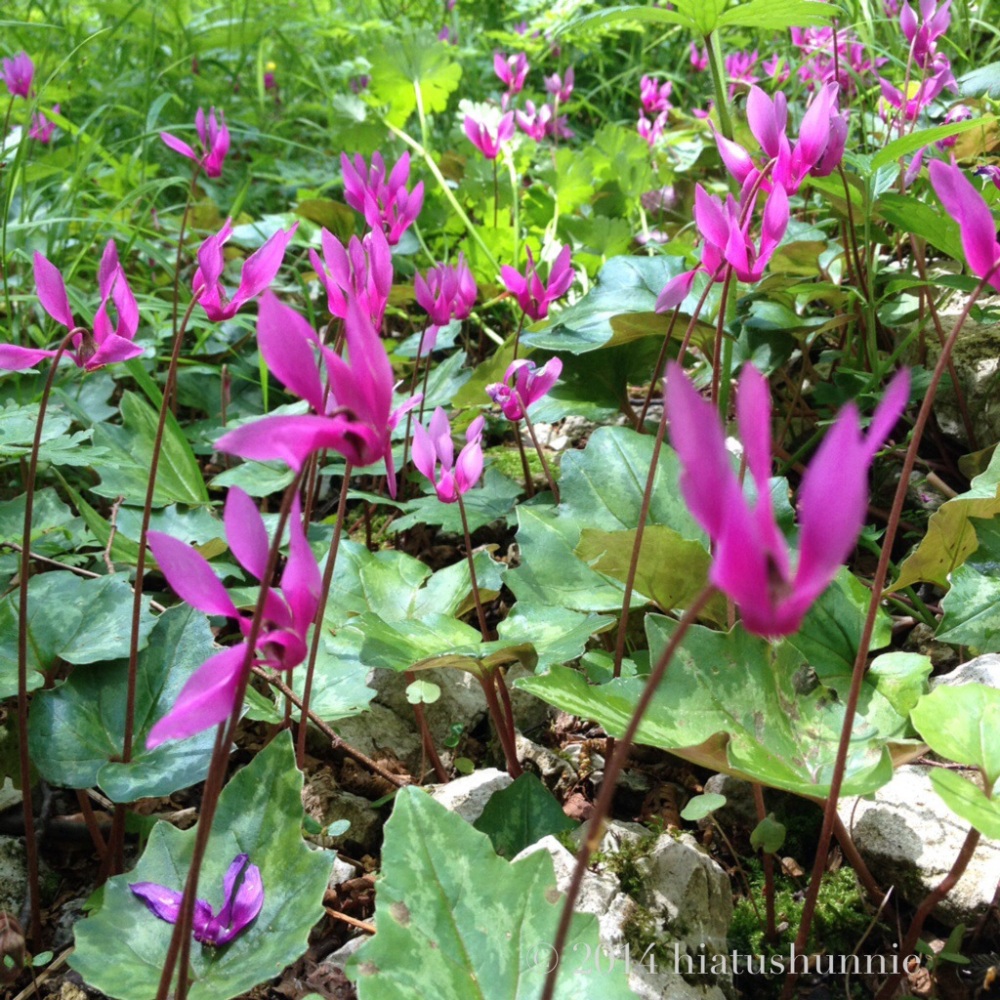 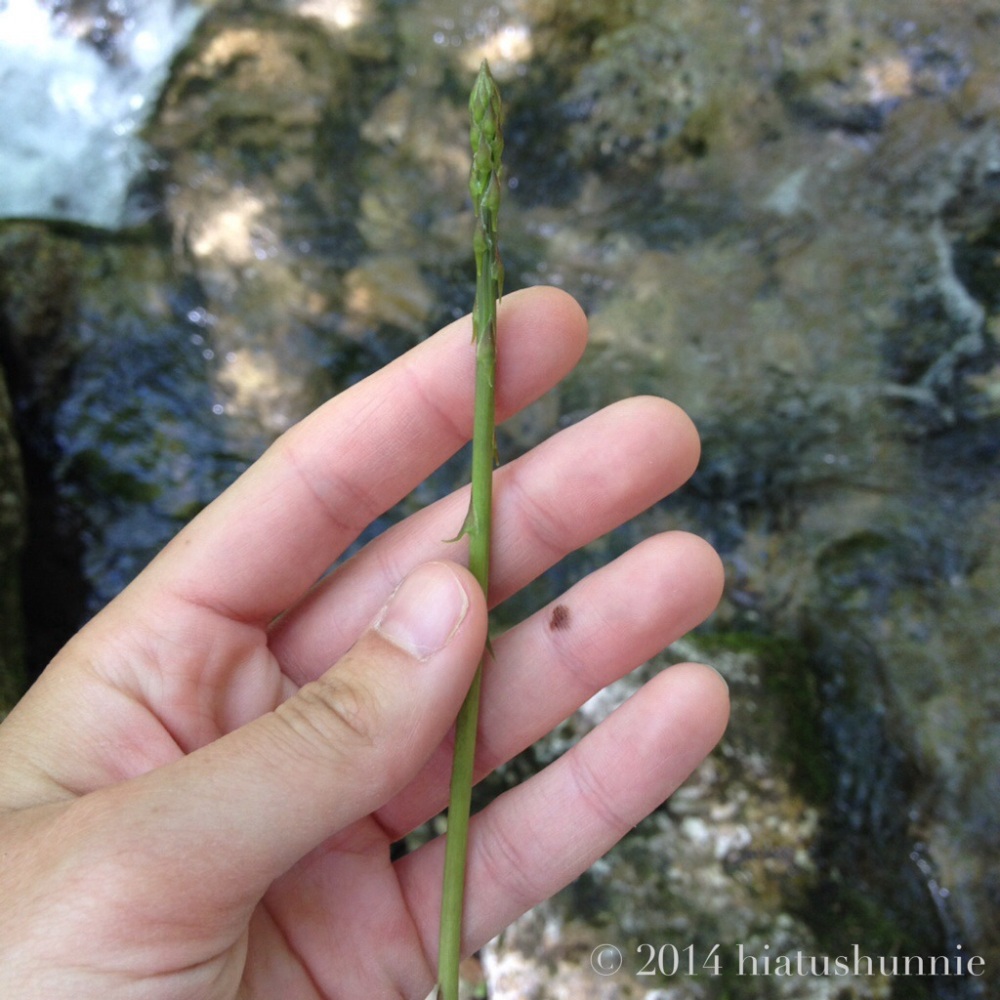 About 45 minutes in, you make it to the very bottom of the mountain. As you’re descending, you can hear the creek in the distance. In order to get to the falls, you have to cross/walk through the creek (again…). There is no way around it. I thought I could avoid the water by climbing the rock faces and trees — so I attempted my ninja skills . That wasn’t successful…”PLUNK!” Yea no, wet TOMS it was! Though, I was pretty hot today so it was a great way to cool down! 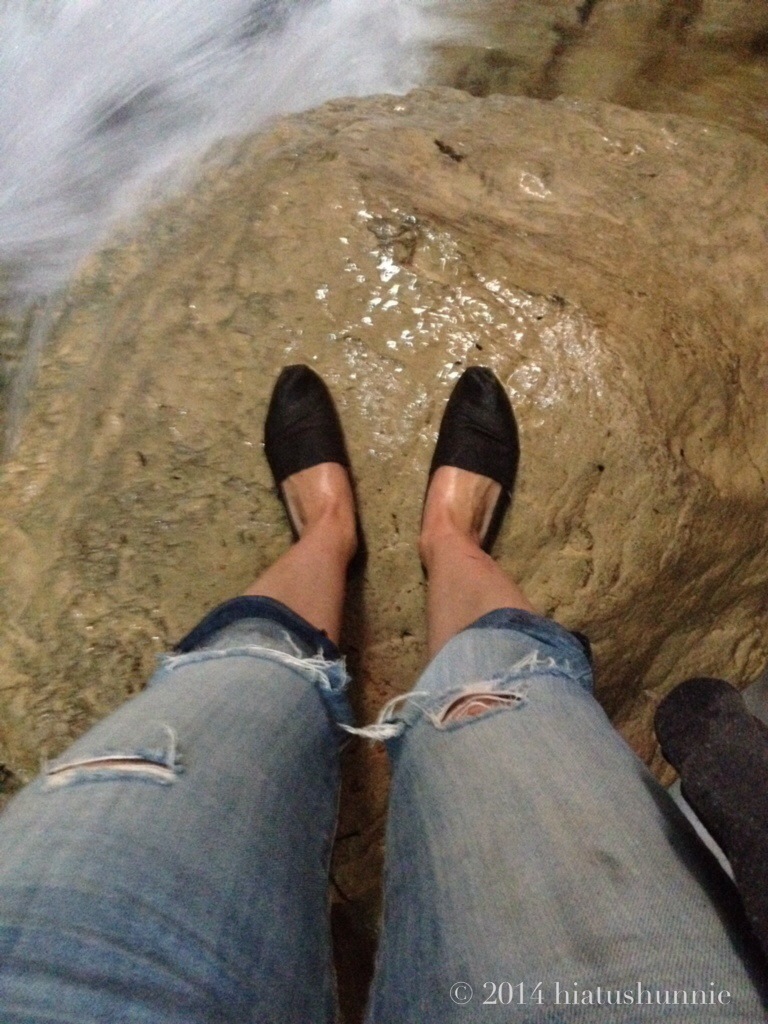 Trying not to wipe out was the struggle. There were times I was on all fours like a bear; climbing over boulders.

I had never been on a hike where I’ve had to meander through a gorge. It was the absolute highlight. It was something I had simply never experience before which left me in “awe” the entire way. 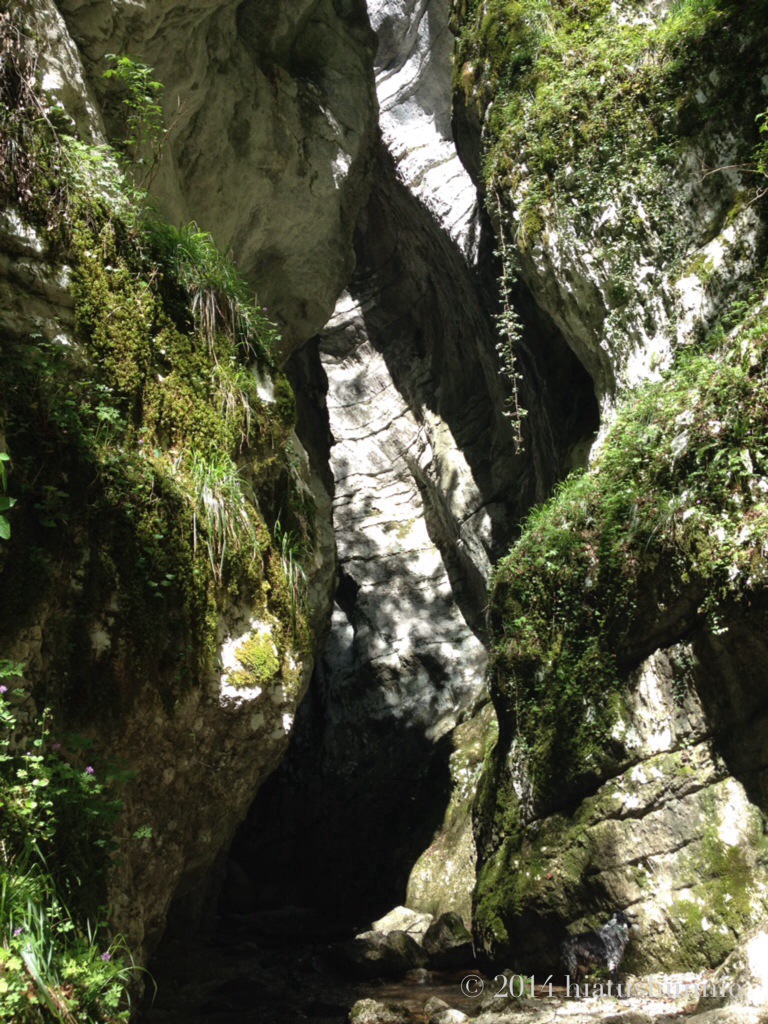 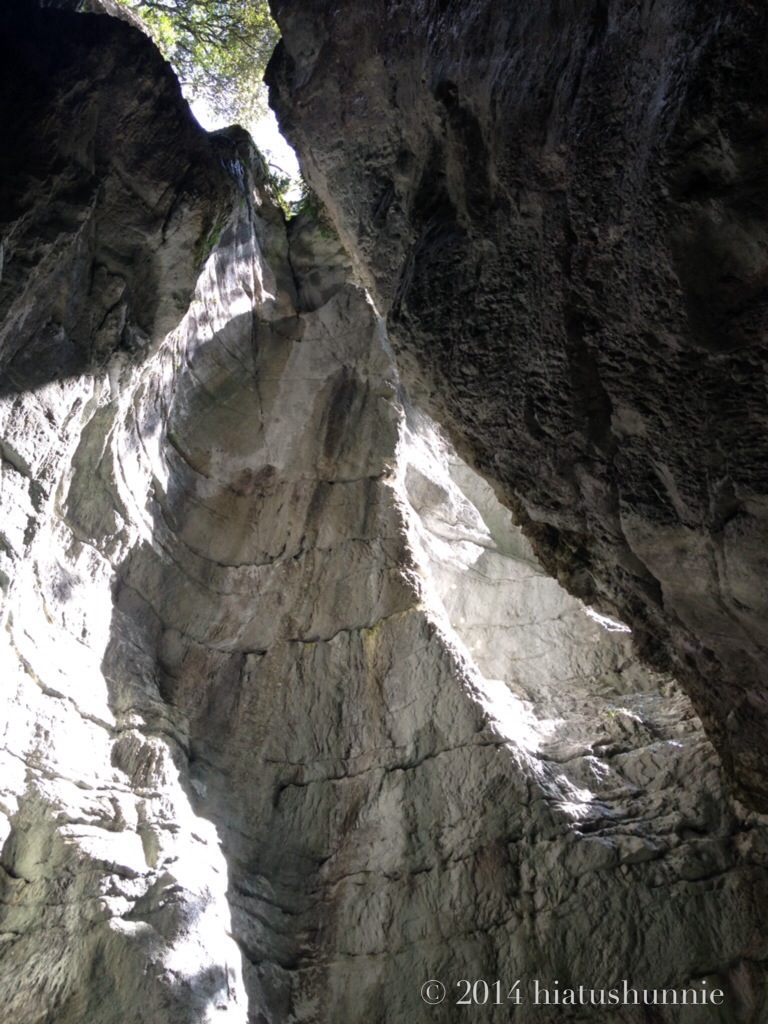 The waterfall itself was quite amazing. It’s size was about the same as the first hike I did.

Making our way back (and I’m being serious) I came across at least four dead baby moles on their backs. I tried not to laugh every time, but I think it was the way their arms were positioned; ginormous and flailed. 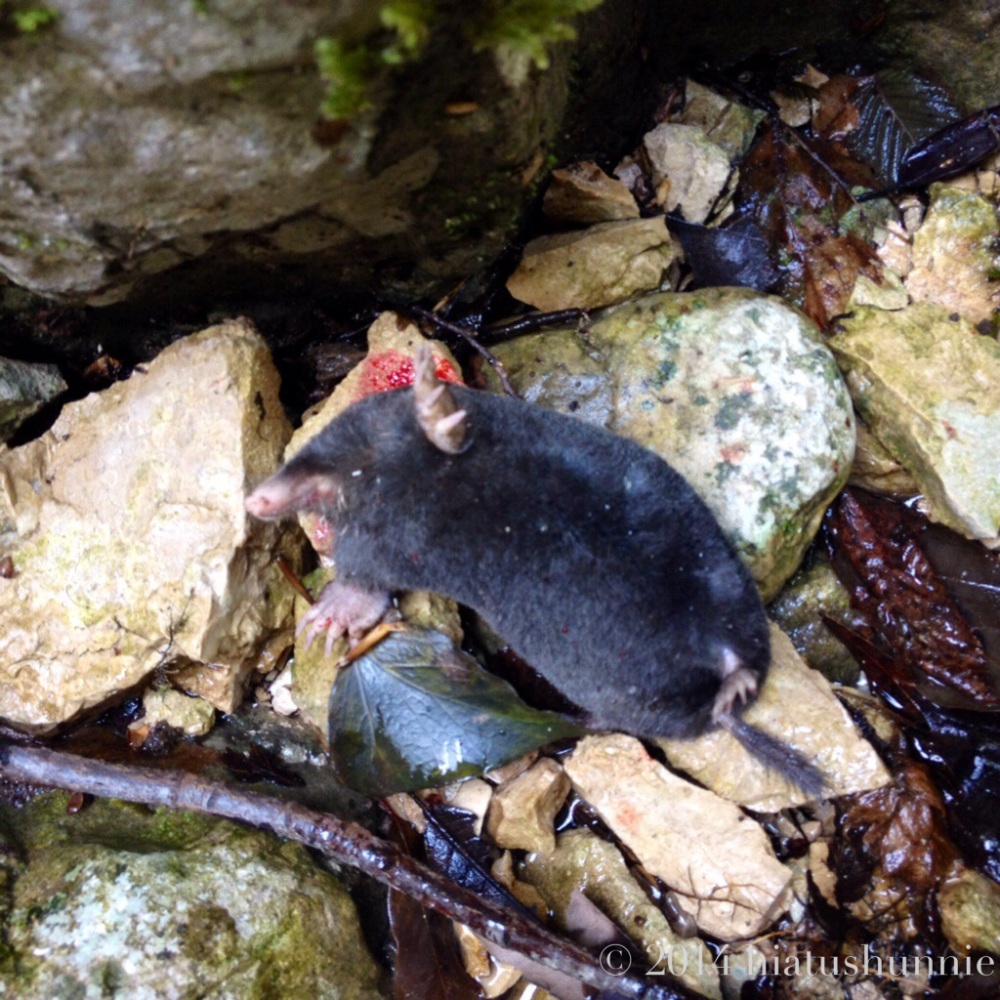 What I found bizarre was the fact they were in perfect condition lying there! I could see if they died being mangled and eaten, but no! It’s like they just dropped dead! Weird.

As mentioned before, this hike made it to my top 3. It only took about 2 hours round trip — very short and sweet. My jeans were soaked to the knees and my TOMS were drenched, but those all made for an amazing day. 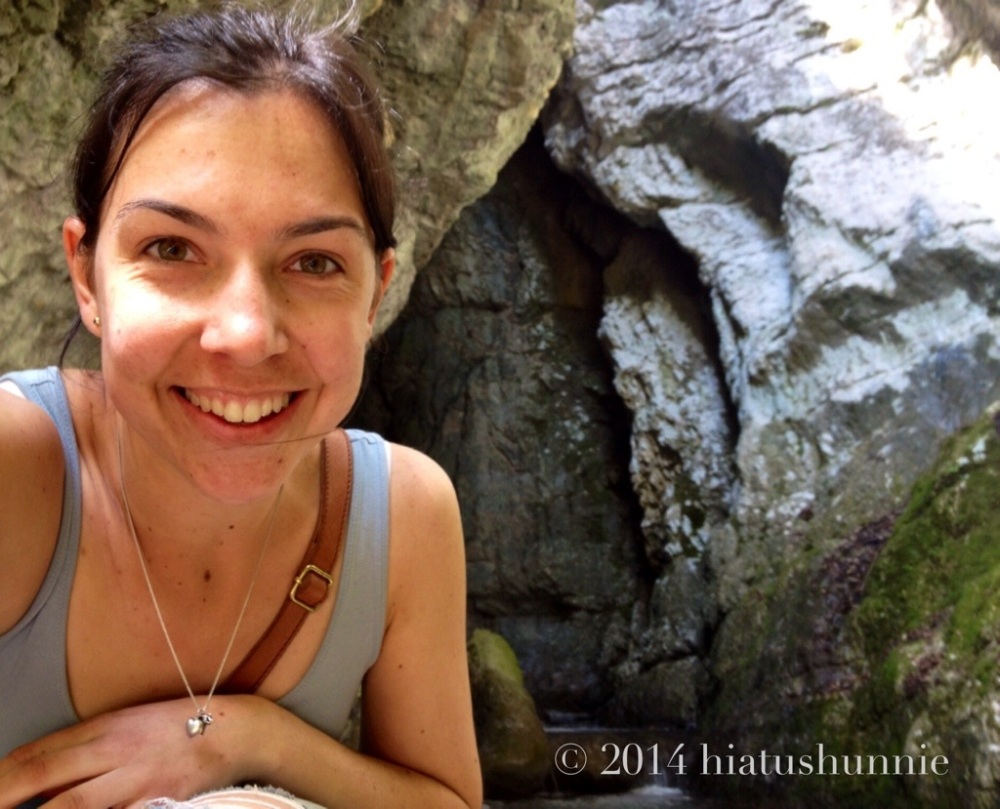 Hope you are having a lovely day!